Imagine you are repairing a car. How you perform the task depends on your understanding of how the car works. If you think internal combustion is powered by magic hamsters, you’re going to do the job differently than if you understand the suck-squeeze-bang-blow of a four-stroke engine. And, because there are no hamsters, feeding the hamsters is not going to work as well as making sure that the fuel, air, compression, spark, combustion, and exhaust necessary to make an internal-combustion engine work are all present.

Or imagine you are writing a song. If you understand music theory, you’re going to write a better song than if you think dissonance is more pleasant to the ear than consonance and make up your own scales.

You may be a natural-born mechanic or songwriter, with an intuitive or even subconscious understanding of your subject, but most people don’t have that sort of talent. Most mechanics and songwriters study their subject matter, and do their work according to their understanding—their model—of how it works. Method follows model.

Because method follows model, a better—closer to the truth—model leads to better—more successful—methods. You don’t have to understand music theory perfectly, but the better you understand it the better your songs might be.

This is no less true of trying cases than of tuning V8s. Trying a case to a jury is about getting jurors to adopt the beliefs that you want them to adopt. Unless we are naturally talented (and almost none of us are), we need to form a model of how people adopt beliefs and develop our trial skills to work with this model.

Voir dire1 is our first contact with the jury. I contend, for reasons that I’ll lay out below, that it is our most important contact with the jury. To have a method of voir dire, we first have to have a model of how jurors decide cases—that is, of how people adopt beliefs. The less accurate the model of how people adopt beliefs—the less it reflects reality—the less effective your voir dire will be.

So. We want a good method for causing people to adopt beliefs that are helpful to our clients. We need a good model. How do people adopt beliefs?

Our jury trial system is based on one model we can read in the instructions given to the jury by the court: Jurors are instructed to wait until they have heard all the evidence to begin deliberating, and then to decide the case based only on the evidence and not on emotion or sympathy. In this model, people withhold judgment until the facts are in, then adopt beliefs by weighing those facts and rationally deciding what is most likely correct.

This is a nice way to look at the decision-making process. It gives people a lot of credit for rationality and gives comfort that the world can be a safe and predictable place. Its only shortcoming is that it is laughably wrong.2

Or consider the cognitive bias of fundamental attribution error, which causes us to attribute others’ failings (as we see them) to their character and choices and our own failings to external factors.

Another cognitive bias is affinity bias, which is our tendency to be biased toward people who we perceive to be like us.3

We are not aware of these cognitive biases in our day-to-day decision-making. What their existence tells us is that we aren’t the rational decision-making machines that we imagine ourselves to be.4

And neither are jurors.

So how do we—and jurors—adopt beliefs? If the classic rational-decision-making model is less than perfectly accurate, what model can we adopt that is more accurate and so will guide us to a better way to try cases?

The existence of cognitive biases suggests that we adopt beliefs irrationally, based on things like affinity, and then resist changing them and rationalize—find plausible rational justifications for—them. This model better reflects real-world observation and predicts real-world behavior than the classic model.5 It is, in other words, a better model.

Our next step in developing those better methods is to apply this better model, which is very general (“how people adopt beliefs”), specifically to trial (“how jurors, in trial, adopt beliefs”).

Consider the life of a juror. Pulled out of her usual routine, she comes to an unfamiliar environment—the courthouse—where she sits on an uncomfortable pew, and people talk at her about things she doesn’t understand. Worse, they try to make her talk. There’s a judge and there’s a prosecutor—she’s watched “Law and Order,” so she knows that’s the good guy—and a defense lawyer (bad guy!) with the defendant, who’s probably guilty.

So that we don’t lose heart—and we needn’t lose heart, because our method is better than our adversary’s—let’s treat the beliefs that the juror reaches before we get up to talk as tentative beliefs. Assume that we can change them and instill our own beliefs. Our first opportunity to do so is when we begin our voir dire. Our second opportunity is when we give our opening statement.

By tradition—this is not a written rule—we cannot talk about the facts of the case in voir dire. This unwritten rule probably arises from the proscription against improper commitment questions: If we tell the jurors what the facts of our case are, we are close to committing them to acting on those facts.

Our theory of the case might be “she never intended to meet for sex but was only offering to introduce him to someone his own age,” or “she cried rape when he said he wouldn’t marry her,” or “when his wife found the money missing, he had to claim that it was stolen so that she wouldn’t find out about the affair.”

A hypothetical might be the following: “I’m a criminal-defense lawyer. If I told you, ‘text me if you need a family lawyer,’ what might I mean?” Or: “Why would a woman cry rape after consensual sex?” Or: “If a man gave a woman money, why might he claim that she had stolen it?”9 This will certainly be a different frame than the State has put on the case. Jurors will give several answers; record them all, and don’t commit to any of them yet.10

Before coming in to the courtroom, the jury has started forming a group, and the lawyers are not part of it. An important thing for you to know about groups is that a group feels things that happen to one member as happening to all members.11 Here, if one member of the group comes up with your theory of the case, the rest of the group will treat it as the group’s idea.

That—trust—brings us to our other primary voir dire task (other than framing) which is to build credibility with the jury. Other descriptions of what we’re building include:

The personal traits that make other people trust, like, be attracted to, and feel rapport with you are charisma. Charisma is in part about opening feedback loops with people that make them feel good. If you make people feel good, they will want to spend time with you and hear what you have to say.

Charisma in jury selection is also about another kind of loop: the Zeigarnik Effect loop. The Zeigarnik Effect is the tendency of our brains to pay attention to unresolved things. If we hear “Once upon a time . . .” our brains pay attention until “. . . happily ever after.” If our audience is curious, they will want to spend time with us and hear what we have to say.

There is a common misconception that charisma is something that we just have or don’t have, and can’t do anything about. Nothing could be further from the truth. We can take concrete actions to increase our charisma. Paying attention to positive feedback loops and Zeigarnik Effect loops is a good start. Beyond that, there are various descriptions of the components of charisma. For example:

One researcher has dissected charisma as “both verbal and nonverbal”:

Here, I count fourteen separate competencies—use of story, variability in rate of speech, gestural fluency, and so on—any one of which you could work on to increase your charisma.

By increasing your charisma, you make yourself more credible to the jury. By making yourself more credible to the jury, you improve the chances that they will adopt and act upon your story. And by improving the chances that they will adopt your story, you give your client a fighting chance in a system that is rigged against him. This is all because you were willing to consider that the classic model of how jurors make decisions might be improved upon—that what you learned in law school, and in your practice so far, might be based on assumptions that are simply wrong.

Mark Bennett is a board-certified Houston criminal-defense lawyer. He graduated from Rice in 1992 with a BA in Religious Studies and received his JD from the University of Houston Law Center. He blogs about the art and science of criminal defense trial lawyering at DefendingPeople.com. He can be reached at .
TCDLA

The deadline for nominating a lawyer for TCDLA Awards and the Hall of Fame is almost upon us. If you would like to nominate someone, please use the form in the link provided. Deadline is noon, March 2nd! https://t.co/w8MYs5fVXs https://t.co/seCxHcWuip
View on Twitter 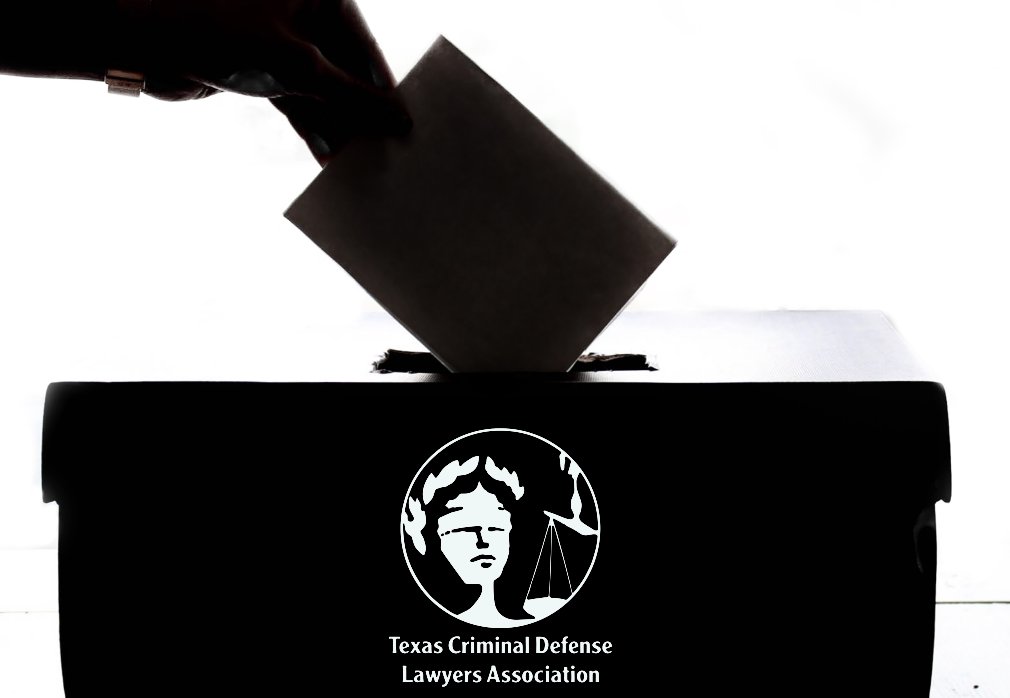 What level of prosecutor is most difficult to deal with?
View on Twitter
0
0

What to do with the vexatious client who grieves, sues and files complaints against everyone on the planet?

Treat them like you give a $&#!! about them. You'll be amazed how well it works.
View on Twitter
0
2
Previous Story

Small-Town Advice for the Big-City Lawyer

Memories of a Christmas in Vietnam

A Practical Guide for Reviewing Evidence in DWI/DUI Cases

When evaluating drug testing evidence in any case, there are two important

Back to Basics: Attack SFSTs, Not the Officer

In the heat of trial, all trial attorneys fight vigorously for their

Coercive Interrogation and the Vulnerable Population

Memories of a Christmas in Vietnam