Growing up in West Texas, you might find that a case of whiskey around the holidays was better than a pot of gold. Abilene, in Taylor County, was a dry county at that time. From the courthouse to the junkyards, many a deal was made and the wheels were greased with a quart of whiskey. Most times it was unethical and sometimes illegal, but it happened a lot. All professions have a code of ethics that prohibit gift giving for personal gain. The holidays are here and you will see a lot of gift giving at the courthouse. Under Canon 4D (4)(b) of the Texas Code of Judicial Conduct, a judge may only accept a gift from a friend for a special occasion and only if the gift is fairly commensurate with the occasion and relationship. Advisory Opinion No. 194 on Judicial Ethics includes court staff in that rule. Canon 4D(4)(c) holds that a judge or family member may not accept any gift from a person whose interests have come or are likely to come before the judge. Last year in one of the larger cities of our state, a delivery truck was backed up to the back door of the courthouse and cases of booze were unloaded and taken inside. It went unreported. To stay out of trouble it is always better to follow the rules, or report it when you see it under Rule 8.03 of the Texas Rules of Professional Conduct.

There are close to 90,000 lawyers in the state, and like all people, some have some serious problems. As this paper is being written, several lawyers are in trouble—like the judge in Aransas County for spanking his child, a Houston lawyer for spanking his private parts in front of his neighbor and secretary, and another for allegedly participating in a plot to kill his wife. Some of our hotline calls have been from desperate lawyers who were in bad situations. The TCDLA hotline has been there as a resource for them to use to help them follow the rules and to resolve personal issues.

In Abilene, B Western movies were shown every Saturday at the Metro Theatre. As youngsters, we would spend the day watching our cowboy heroes—Gene Autry, Roy Rogers, Hopalong Cassidy, and Lash LaRue to name a few. These movies were morality plays with crooked ranchers, judges, sheriffs, and cattle rustlers. Never wavering and never compromising, the cowboy heroes always saved the day and road off into the sunset. Western heroes had their own cowboy code of ethics.

The original “king of the cowboys,” Gene Autry was a true patriot. At the height of his movie fame, Gene volunteered for the Army during World War II, sacrificing his career over service to his country. During this holiday season, you will probably hear many Christmas songs written by Gene and his famous rendition of “Rudolph the Red Nosed Reindeer.” Gene’s Cowboy Code—simplistic and old-fashioned—rings just as true today as it did over 60 years ago:

If you are having an ethical dilemma, call the TCDLA hotline to get “Back in the Saddle Again.”

Attend Live in Person, Livestream or on demand - you can change at any time. Register today! https://t.co/CShBp0h79a https://t.co/wJjRb3qp9e
View on Twitter 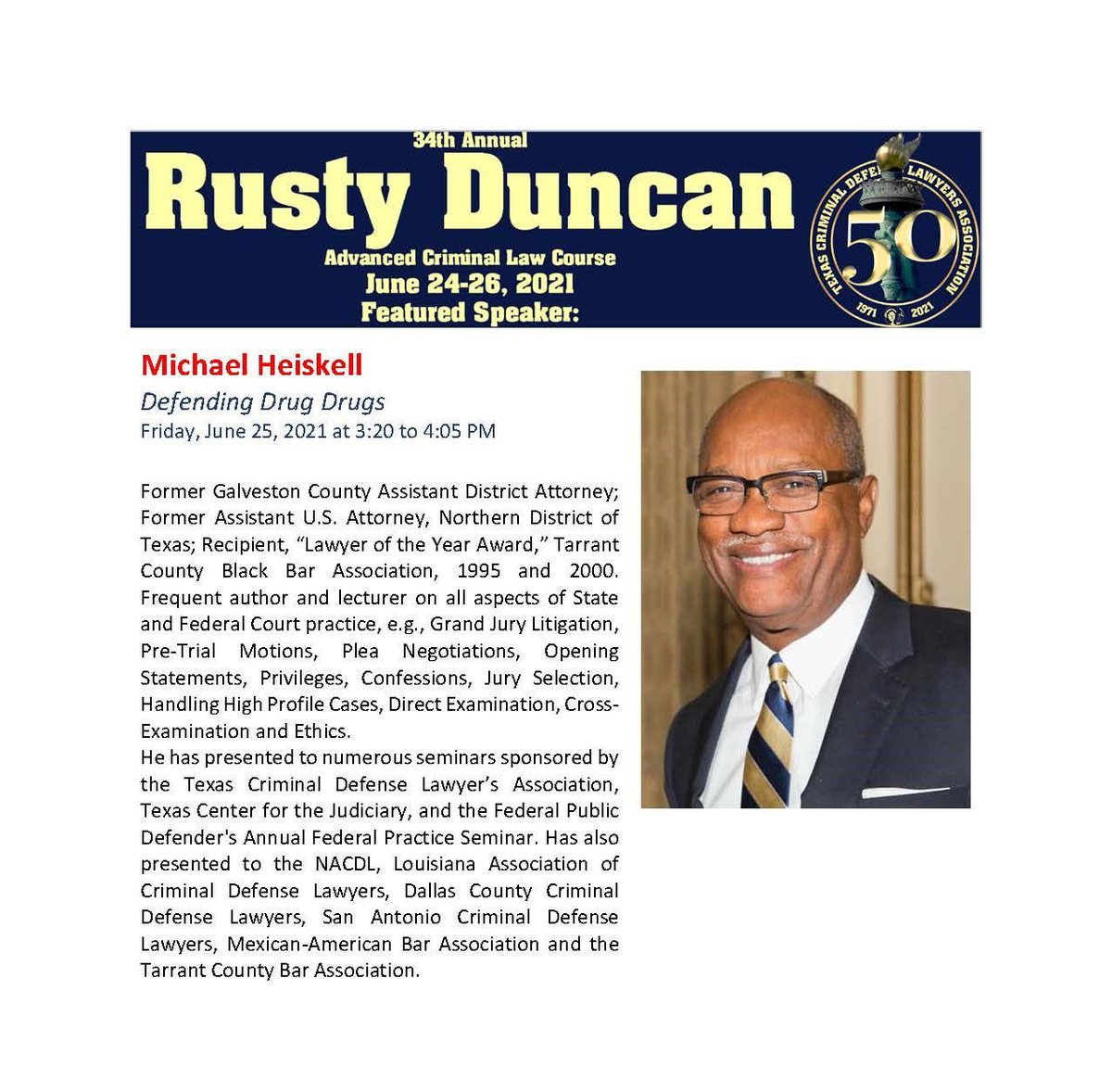 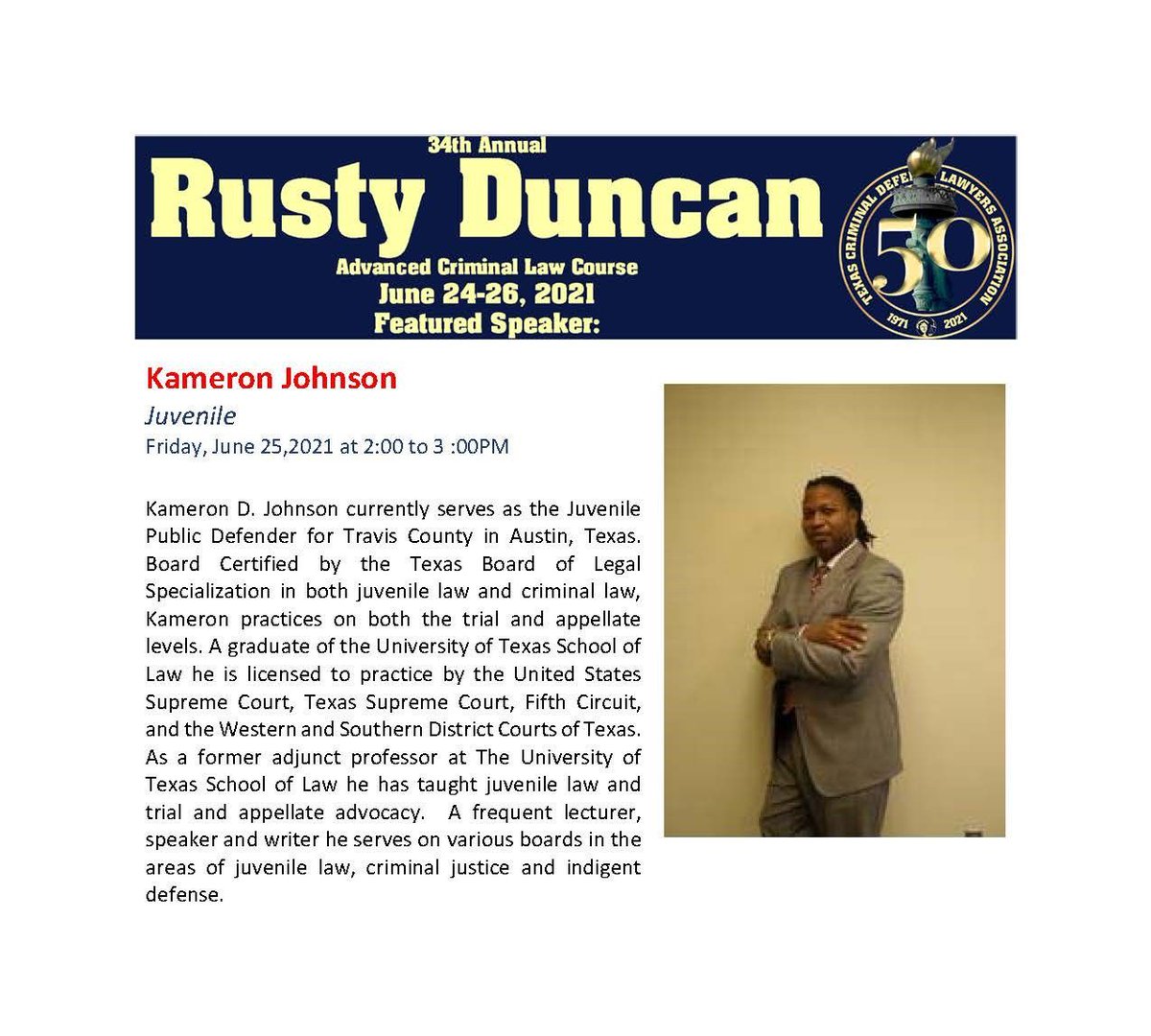 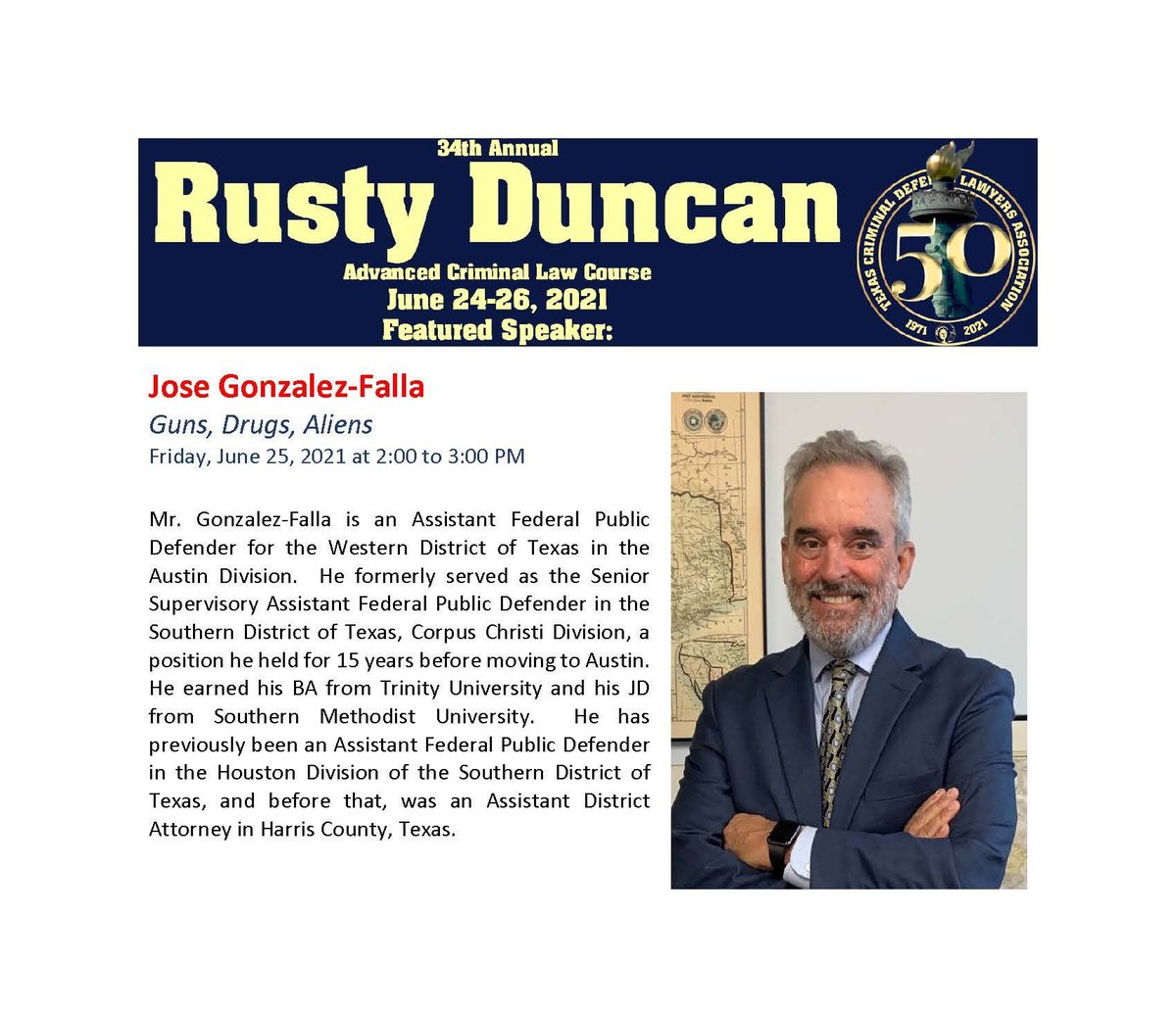