Judge Roy Ferguson presides over the 394th Judicial District Court, which encompasses five counties and roughly 20,000 square miles in west Texas, and over 20% of the US-Mexico Border. An early adopter of courtroom technology, Judge Ferguson has conducted over 1,000 virtual court proceedings, and has summoned seven remote juries. He is on the governing council of the SBOT Computer and Technology Section, and is subcommittee chair of the Texas Supreme Court’s Remote Proceedings Task Force and chair of the Texas Children’s Commission’s Virtual Bench Book Committee. Judge Ferguson is an active speaker, and has given 25 presentations to audiences around the world on promoting and maintaining justice during the COVID-19 pandemic. When COVID-19 shuttered the state’s courthouses in March 2020, the Texas Supreme Court responded by authorizing Texas courts to hold court proceedings remotely, by video conference. The emergency orders prohibited all in-person jury trials, and the Governor promptly suspended the 90-day mandatory release of incarcerated defendants awaiting trial.1 Initially, Texas judges and lawyers overwhelmingly opposed the shift online. However, as infections continued to rise with no viable options on the horizon, most Texas courts grudgingly moved their operations to Zoom.

Over the next twelve months, Texas courts held over 1.2 million remote proceedings, including evidentiary hearings and trials of all types, save one – felony criminal jury trials.

As cases moved forward online, many attorneys came to appreciate the benefits of virtual court proceedings.2 But while courts could compel remote jury trials in civil cases, the emergency orders forbade courts from doing so in criminal cases. The parties must agree for a remote criminal jury trial to take place, and simply put – defense attorneys won’t do it.

TCDLA has taken a strong and vocal stance against remote jury trials in felony criminal cases, and as of the writing of this article, not one has been conducted in Texas. Due to widespread initial (and justifiable) concerns about the efficacy and equity of online trials, criminal defense attorneys employed a wait-and-see approach. During that year-long wait, over fifty remote jury proceedings took place in Texas courts. We now see that remote jury proceedings present a viable and valuable option for criminal defendants, and an opportunity to improve the equitable administration of justice in a system many see as inherently and historically inequitable for minority defendants. The wait is over. It’s time to take what we’ve learned and consider anew whether and when remote jury trials should be undertaken in criminal cases.

When remote court proceedings first began in Texas, a cacophony of voices decried a long list of fears and anticipated flaws. Among them was that a “digital divide” would exclude minorities and economically disadvantaged persons from the process, resulting in White,3 older, affluent juries, thus negatively impact minority criminal defendants.

Each of us has at some point in our legal career been advised to, “Never ask a question if you don’t know the answer.” After years in the courtroom, most seasoned litigators try to avoid, but feel generally able to handle, the unexpected. At some point, you feel as if you’ve seen it all. But this confidence does not carry over into the virtual world, and as we’ve seen repeatedly over the last year – from nudity to surgery to lawyercat – with remote hearings you have never seen it all. Although almost all litigators now report being technologically competent in remote proceedings,4 many lawyers candidly admit that they oppose virtual proceedings partly out of fear of looking foolish or inept, or embarrassing themselves on YouTube. After all, professional reputations take a lifetime to build and only one foolish moment to damage, especially if that moment goes viral.

What we must determine as a profession is whether the benefits of remote proceedings eclipse the risks associated with the fears of moving online.

When remote jury trials were first contemplated, a primary concern was that a “digital divide” – meaning a technological gap between segments of the community – would exclude minority and lower-income residents from jury pools. While seemingly a logical concern, reports from the more-than 50 remote jury proceedings held in Texas between June 2020 and April 2021 show otherwise.5 Not only did the digital divide fail to materialize as feared, the digital divide is far smaller than the pre-COVID financial or transportation divide.

Dire predictions of widespread technological exclusion from remote jury proceedings often rely upon the fallacy of comparing a dystopian worst-case scenario that never materialized with a utopian pre-pandemic system that never existed – one where all summoned potential jurors were able to attend court, in person. This idyllic view of the pre-COVID era is far from reality. In many counties, historic jury response rates hover in the teens, and some have never exceeded 50% for in-person trials.

Obviously, considerations other than access to technology often influence summoned jurors’ ability to attend court, such as lack of reliable transportation or day care. While courts cannot provide free transportation for an in-person appearance, many courts (with the help of the Office of Court Administration) can and in fact have provided free use of equipment for remote proceedings, thus eliminating the transportation gap and closing the technology gap among potential jurors. And daycare became less of a concern when most parents did not need to leave their homes in order to answer a summons (certainly not the initial response, which consists of filling out a form online, rather than driving to a courthouse for half a day or more).

The ubiquity of smart phones, tablets, and personal computers, coupled with the efforts of the OCA, have resulted in fewer summoned jurors failing to appear remotely than failed to appear in-person. Courts report that response rates for remote jury trials are significantly, and often dramatically, higher than in pre-pandemic in-person jury calls.6 And as discussed below, these larger response rates have yielded jury panels that constitute broader and more representative cross-sections of the community.

Conventional wisdom posits that younger, more diverse jury panels are better for criminal defendants than older, all-White panels. This is not controversial, and for good reason – the numbers bear it out.

A Duke University study published in 2012 concluded that minority defendants in criminal jury trials fare significantly better when the jury pool contains members of their own race.7 The study found that conviction rates of Black defendants decrease by 10% when the jury pool includes at least one Black member.8 This is especially significant in Texas, where roughly two-thirds of incarcerated adults are Black or Hispanic.

Lawyers customarily rely on such conventional wisdom in choosing jury or bench trials, and in exercising peremptory challenges.12 It is understandable, then, that given the common fear of a “digital divide,” defense attorneys would resist any change that could exclude minorities and younger jurors. But after more than fifty remote jury proceedings in Texas, and countless others across the country, we are confident that the opposite is true.

Fears of a racially disparate impact are allayed by Texas judges who’ve presided over remote jury proceedings, who overwhelmingly report that minority participation in such proceedings is significantly higher than in pre-pandemic in-person proceedings. Taking Presidio County as an example, the most recent in-person jury panel included no Black or Asian participants, while the most recent remote panel included both. As shown above, this simple difference can have a significant impact on the jury selection process, and ultimately the outcome of the trial.

Data also shows that the average age of remote jury pools trends lower than in-person jury pools. Young adults are more comfortable online and enjoy digital interactions more than seniors, and thus seem more likely to respond. Retirees who might have foregone the over-70 exemption for an in-person trial may be more likely to claim such exemption for a remote proceeding. Whatever the reason, courts report that remote jury panels are on average younger than in-person panels. By way of example, the average age of the most recent Presidio County in-person jury panel was 51.3 years, while the most recent remote panel averaged 48.7. Other courts report even more dramatic drops in average jury age in remote proceedings, by as much as 7 years. And the larger the drop, the greater the impact on conviction rates.

The Personal and Professional Challenge

Lawyers do not become litigators to sit in their offices in front of a computer. Litigators are often showmen and women; they want to be in the courtroom, where they “own the room.” Some trial lawyers are concerned that the remote setting does not fully showcase their skills and charisma. While understandable, the Texas Supreme Court expects lawyers to rise above such personal interests when it benefits their clients.

“A lawyer shall employ all appropriate means to protect and advance the client’s legitimate rights, claims, and objectives. A lawyer shall not be deterred by a real or imagined fear of judicial disfavor or public unpopularity, nor be influenced by mere self-interest.” Texas Lawyer’s Creed, Sec. II.

This expectation goes hand-in-hand with the lawyer’s duty of technological competence, requiring all to become proficient in legal software, and know the benefits and risks associated with using relevant technology.13

It is the lawyer’s duty as advocate to seek the best possible outcome for his or her client. Our experiences over the last year indicate that, by giving in to fear of the unknown, criminal defense attorneys may be missing out on a historic opportunity to help their clients. Admittedly, all other things are not equal between the two types of proceedings. As with all important choices, there are benefits and detriments to each option, and no one knows how they will ultimately come into play. No one is suggesting that remote jury proceedings are right for every client and every criminal case. But given what we now know, there are undoubtedly cases where criminal defendants would be better served in remote proceedings than in-person proceedings. The challenge is not in avoiding remote jury trials – that part is easy. The challenge is in knowing when your clients’ interests, and your ethical obligations, require them.

Jury selection is largely an exercise in playing the odds – in trying to determine which juror is more likely to favor the defense or the prosecution. Lawyers cannot read minds, so we rely in large part on questionnaires, demographics, guesswork, and intuition to determine as best we can the biases and predilections of potential jurors. What we know is that more diverse juries produce significantly lower conviction rates for minority defendants, and that younger juries produce lower conviction rates for all defendants. And we know that jury panels in remote trials during the pandemic are younger and more diverse than were in-person pre-pandemic jury panels. While it is yet to be determined whether or to what extent these statistical correlations will carry over into remote jury trials, we owe it to defendants across the state who are languishing in jail awaiting jury trials to pursue these opportunities, if we are to fulfill our moral, ethical and professional obligations to them, and be prepared for the future. 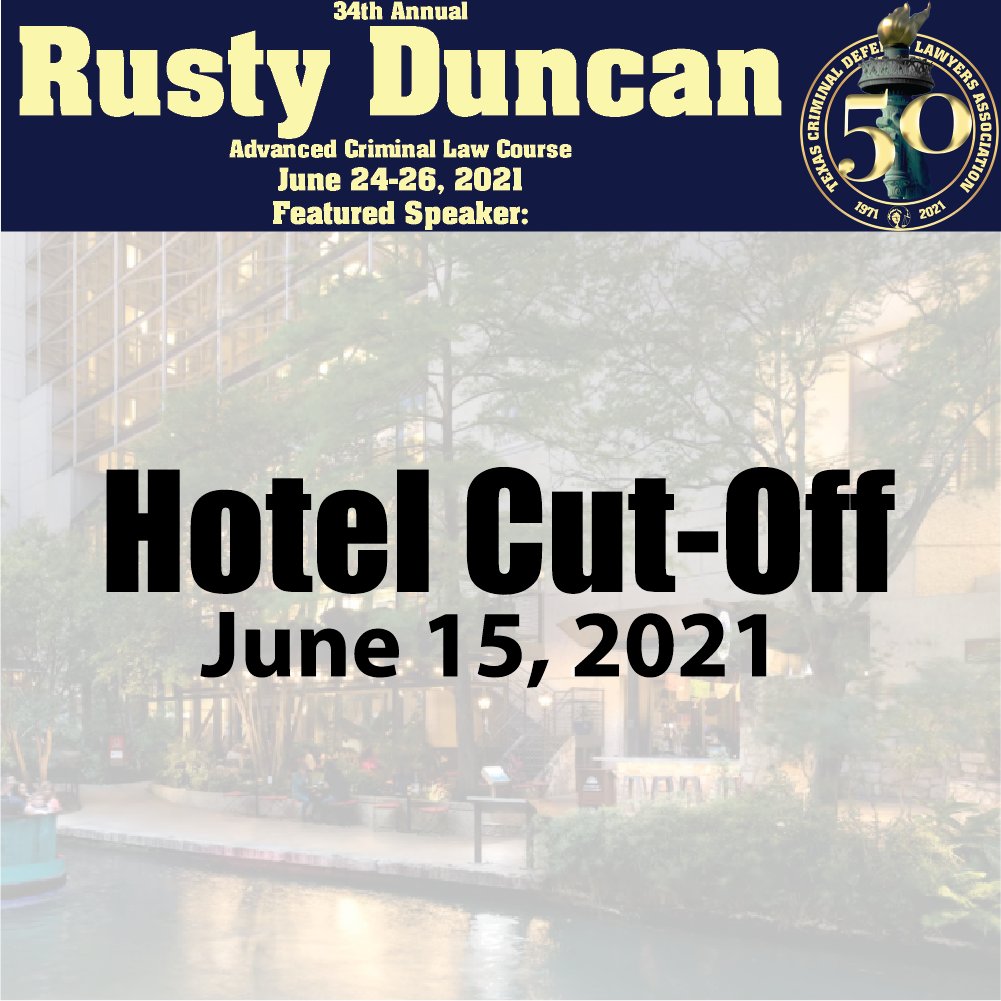 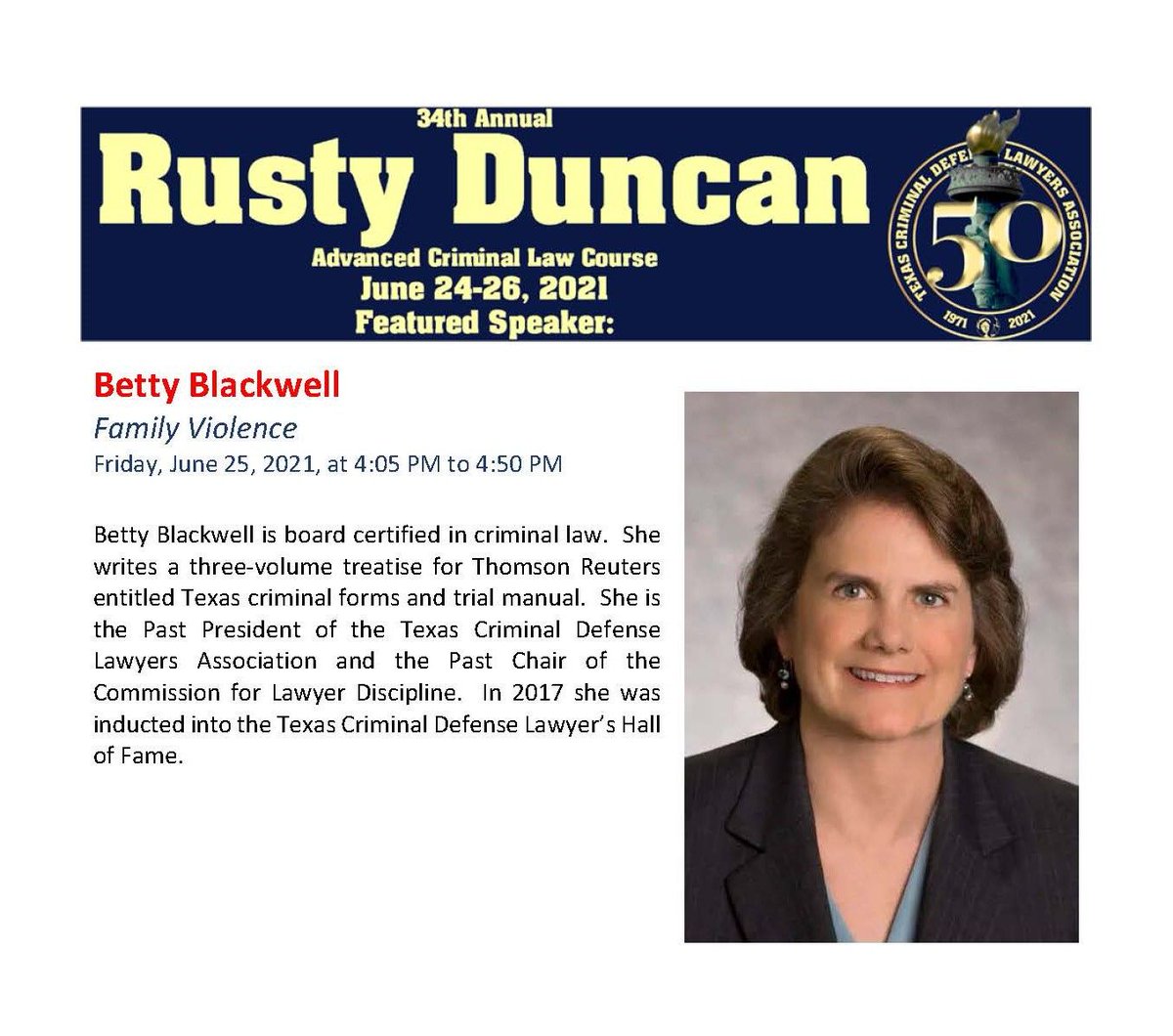