My first jury trial as a defense attorney was in January of 2010. I remember feeling tired and nervous walking into it and figured it was all just par for the course. But by the time we had picked the jury and broke for lunch, I found myself limping. I looked down at my ankle and discovered that it was swollen up like the size of a softball. How odd, I thought. Paranoia was slipping in because I had not twisted it or done anything to cause that type of injury.

I ate my sandwich and went back for opening statement. But I was hobbling badly and now in a good bit of pain, so on the next break I went and looked at my legs again. All the blood vessels in both legs had broken, and from ankles to knees I was covered completely in little blood blisters. To say I was freaked out would have been an understatement.

But I hobbled back into the courtroom and tried the rest of the case. By the time the trial had ended, I felt completely sick and whipped – not to mention scared out of my mind, considering I had absolutely no idea what on Earth was going on with me. So, I drove myself straight from the courthouse to the emergency room.

The emergency room proved a worthless experience, and they sent me home with little more than a suggestion that I see a dermatologist. I continued to get progressively worse and wound up seeing five specialists over the course of three weeks before being diagnosed with an extreme auto-immune reaction to a virus. A virus that either my body would clear in time or that had the power to take me out completely.

During those weeks and the weeks that followed, I became completely bedridden. I couldn’t really walk or use my hands or do much of anything at all. Except pray and meditate. Every day I would slink down to the floor and rest my back against my bed. I would bargain with God as I understood Him.

I prayed that if God would restore my health, I would change my ways. I wouldn’t be so hard on myself. I wouldn’t risk it all as I had for a single case. I would work to make the world a better place. And I would start with myself.

Eventually, I began to improve and within a few more weeks was back at work. When I went back before the judge I’d tried that case in front of he asked where I had been. Funny thing, I told him. I drove myself to the emergency room right after the verdict in our trial and had been sick in bed ever since. The Judge looked at me in horror.

“WHAT?!” the Judge exclaimed. “Why didn’t you say something if you got sick during trial? We would have stopped so that you could have taken care of yourself.”

I’d come up through the ranks with the attitude that you have to “be the job” and that being the job meant that the case and client come first always and no matter what. Even to my own demise.

I learned a valuable lesson that day that I’ve held dear ever since. We can’t give from an empty cup. If we don’t take care of ourselves, eventually we won’t be able to take care of our cases or clients either.

We must establish boundaries and protocol so that we don’t burn out or fade away. Our legal practices are only as sustainable as our life practices.

What that looks like has continued to evolve for me over the decade since that trial. But for starters, I no longer leap out of bed and head to Westlaw in the middle of the night when a thought pops in my brain about a research wormhole that I hadn’t gone down yet. Instead, I get a piece of paper, jot down the idea to save for later, and go back to sleep.

I no longer work for weeks on end without a day off. Now every week contains at least one day for me to remain completely work free. Even God took the seventh day off, I rationalized. And the Jewish faith observes a weekly Shabbat or Sabbath.

My mental, emotional, physical, and spiritual health now deserve space on the calendar alongside the bills and dishes and clients and cases. Sometimes that looks like carving out an hour or two of my day for formal self-care activities. But other times it looks like stopping what I’m doing, if only for a brief moment, just to ground and collect myself. You, too, can do that if you so choose.

On several occasions, I’ve been blessed to speak with rooms full of attorneys on this very subject. One of my favorite things to do is to ask them to raise their hands if they feel as though they’re free to care for themselves throughout their workday. Very few hands go up.

“Really,” I ask. So, you aren’t able to head to the restroom if need be to use the facilities? Giggles. Of course, we can go to the bathroom. Ok, so put your hands up if you have the time to take a break when you need to during your workday.

Now, most everybody’s hands go up. Why then do you deprive yourself the opportunity to stop and take a few deep breaths when you need to periodically throughout the day? Of course, you can do it! You just need to make sure to pencil yourself into your own day.

Shana Stein Faulhaber is a criminal defense attorney and certified mediator who has been in private practice since 2008. She is a former prosecutor, having worked for both the Dallas and Smith County District Attorney’s Offices. Shana has also taught yoga, meditation, mindfulness, and wellness since 2009. She can be reached at or 469-618-5245.
Share this

Shana Stein Faulhaber is a criminal defense attorney and certified mediator who has been in private practice since 2008. She is a former prosecutor, having worked for both the Dallas and Smith County District Attorney’s Offices. Shana has also taught yoga, meditation, mindfulness, and wellness since 2009. She can be reached at or 469-618-5245.

What would you style this shirt with?🤔 Our $20 anniversary shirt is still up for purchase on the TCDLA site!
https://t.co/rAzKdWobPF https://t.co/y1qcKR8UPb
View on Twitter

Rodney Reed And Why It’s So Hard To Overturn Wrongful Convictions
https://t.co/x3rRESuP6Q https://t.co/iUk0kNUs76
View on Twitter 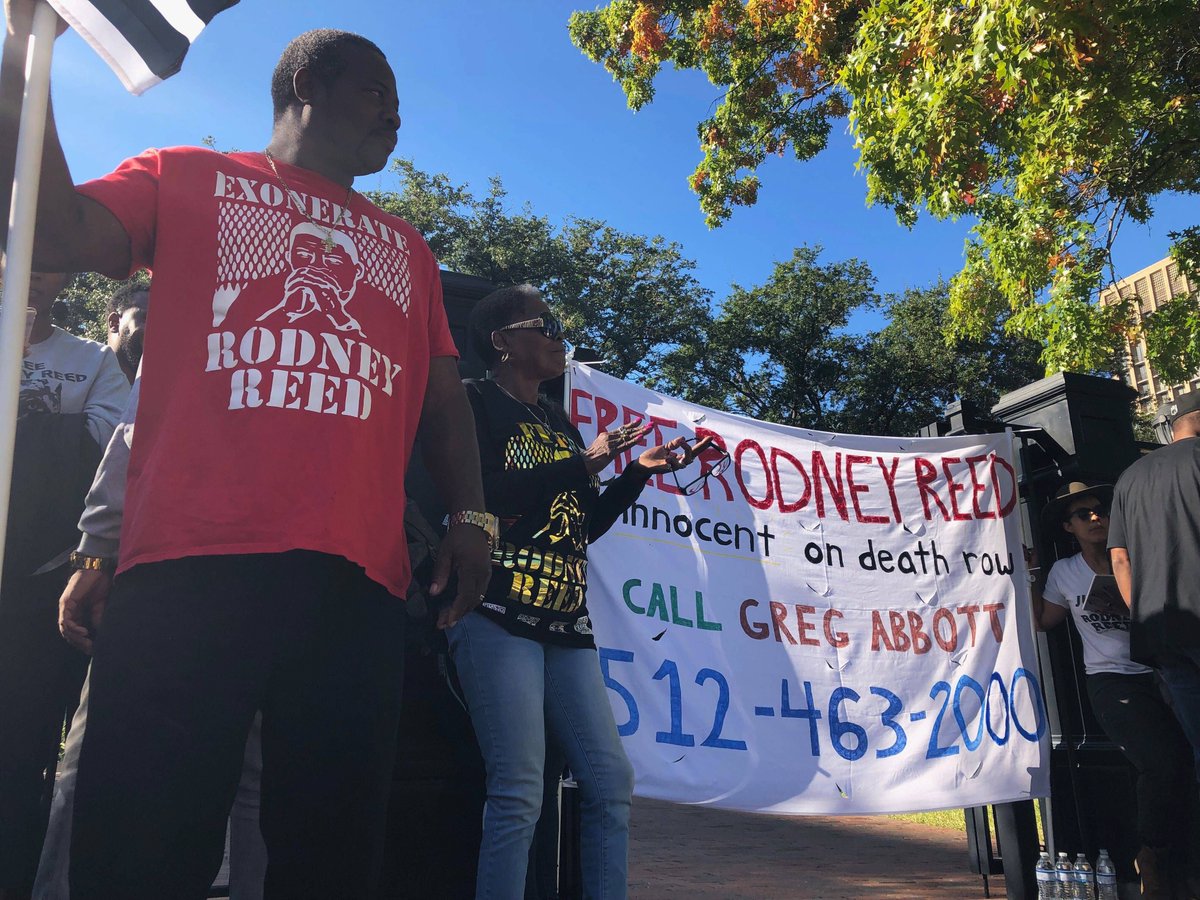 Oregon sex workers advocate for decriminalization, in their own words
https://t.co/QTpomDNPYT https://t.co/6bmdIrqHAt
View on Twitter 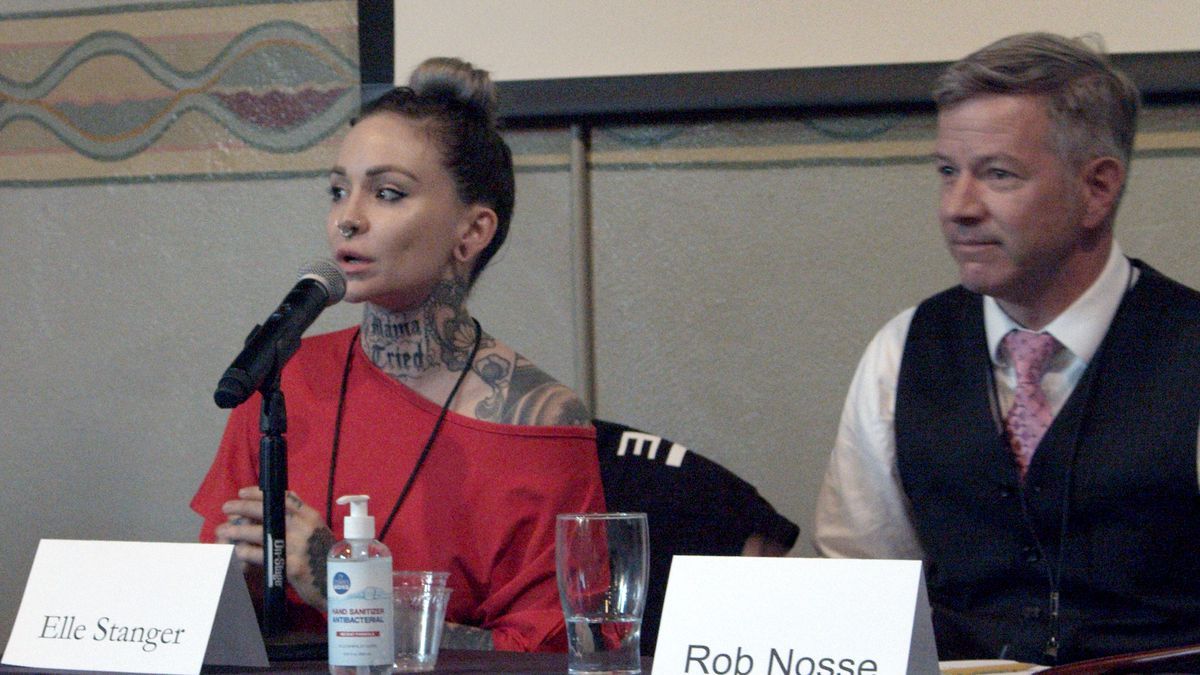 50 Years of Past Presidents

Recover 101, an Introduction to “Working” a 12-Step Program

TCDLA’s Attorney Wellness Committee is holding 12-Step meetings via Zoom at 5:15 on various Wednesdays. We

From the Hooterville Courthouse

Years ago, a rural lawyer – we will name him Bobby – had a client from