My Dear and Beloved Defenders,

Today I am reading TCCP 1.051, the next nibble in our attempt to eat the law whole. Right to Representation by Counsel. And then 1.051 (c), especially close to my little public defender heart: An indigent defendant is entitled to have an attorney appointed to represent him in any adversary judicial proceeding that may result in punishment by confinement and in any other criminal proceeding if the court concludes that the interests of justice require representation.

If the interests of justice require… that’s the part I’m thinking the most about today. The “interests of justice” part. Something I wonder about in the minutes of quiet during this quarantine is my role in the interest of justice. Sometimes I struggle with the part we all play as defense counsel to the damned. The further we climb into this system, the more apparent it is that it is rigged, that the game is predetermined, and the dull and powerful will win every time.

Grant Gilmore (who knew a lot about Hell because he was one of the law professors who drafted the Uniform Commercial Code-remember that?) wrote in the New York Times in 1977: “The worse the society, the more law there will be. In Hell there will be nothing but law and due process will be meticulously observed.”

I wonder if my appearance as counsel helps to legitimize an illegitimate system. If I know that the deck is stacked, why am I playing the game? I’ve thought about this many times in the seven long and strange years I’ve done this job, and more than once I’ve almost walked away because of it.

When I was in law school, my aunt fought breast cancer. By the time they caught it, it had already metastasized and there was little hope of her survival. She had also struggled for many years with drug addiction, and she was the first person I knew who went to prison. When I was eight years old I visited her there in TDCJ. She wrote me long letters on yellow legal pads and drew the intricate and beautiful designs the women in her cellblock would weave into each other’s hair.  Later, when I was 17, I would bail her out of jail. I would sit up with her and pray that she would not go to prison again. I would try to sneak in stamps and perfume in the pages of letters I mailed her and help her come up with spread recipes from the prison commissary lists.

Later, when I was 29, I sat in a hospital room, trying to chat casually as the doctors dripped slow, thick poison into my tiny aunt’s veins to kill her cancer. I complained about law school. I complained about the idea of being a lawyer. “But at least you… have a chance,” she said, “and I…” she trailed off. That was as close as she ever came to admitting her disease was terminal, that she knew she was mortal. Soon after, as my aunt lay dying in her tiny apartment, my mother would lift her sister’s frail body, hollow-boned and aching, from the shallow bathtub and I heard her rasp, “I’m not going to die in that bed.”

“I’m not going to let you,” my mother said, firmly, in this voice that I have always believed. “I won’t let you.” And I know she believed it, fervently, they both did, even though they also both knew that my mother, as powerful as she was and is, had no real control over life and death. And though I didn’t see it, I imagine my mother patted my aunt’s narrow arm as she lifted her up into the bed that she would in fact, two days later, die in.

I think of both of those women, and I know that I can’t be a spectator to all of this. That even if I know the result, that I know my client’s fate is sealed, that even if my whole job is palliative care, I have to do it. That as I have faced terrible things in my own life, I have wanted someone by my side to pat my arm and believe fervently that there is hope.

Oh friends, I love you, and I revel in your victories that are healing and restorative, that push past hospice and into recovery. But please know that in your defeats you are just as meaningful, and sometimes more so. And whether or not justice will exist for your client, and whether or not hope is justified, please know that that is why you are there, at the feet of the dying, because if there is hope it is in your advocacy and your representation, and you are called, by the interests of justice, to serve.

Love always and wash your hands.

As I strike out on this venture to read through the TCCP with all of you, my darling colleagues, I realize now, in this second humble installment, what a huge elephant I have promised to eat. For example, the next section I want to dive into is Art. 1.05. “Rights of the Accused.” Oh gosh. That’s a lot. Even in Texas, apparently, the accused have a lot of rights. Even the first sentence has a lot to unpack: “In all criminal prosecutions the accused shall have a speedy public trial by an impartial jury.” We have to pick something to focus on here. I pick the speedy part.

Speedy trials have come to mean something entirely different in Texas than they did when they were first invented. Back in the Day (and by “day” I mean 1166 AD, specifically the Assize of Clarendon), trials had to be held within a few days of the person being arrested. To be totally fair, “trials” were also a bit easier to organize back then, requiring mostly a large vat of boiling water into which the hand of the accused person was plunged, then wrapped in bandages for an additional three days and then examined by a priest who determined if the hand was infected or not. If the wounds were infected, the person was guilty. This is about as fair a system as has ever been invented and, frankly, I’d probably take my chances with the vat of boiling water if I was ever given the option of that or to sit in the county jail for 20 months or so months awaiting trial, but I digress.

Texas actually used to have what most other states have, which is a speedy trial act that required the state to be ready for trial within a set amount of time after “the commencement of a criminal case.” In Texas, this meant that the state had 120 days to get ready for a felony, barring exceptional circumstances. In my humble experience in other jurisdictions with similarly strict day requirements, there are always exceptional circumstances. In Meshell v. State, 739 S.W.2d 246, the CCA declared that the Texas Speedy Trial Act violated the separation of powers doctrine, and that the legislature couldn’t tell the DA how long it would take to get ready for trial. That’s disappointing, especially for Meshell himself, whose lawyers didn’t argue that his case was a federal or state constitutional speedy trial violation. So, when the act was struck down, he hadn’t preserved any error for review and ended up with a conviction (lesson: OMG CONSTITUTIONALIZE YOUR OBJECTIONS).

So now where does that leave us? What do we get when we get a speedy trial? Answer: Not much. We get SCOTUS’s Barker v. Wingo factors for the court to consider once the delay gets long enough to qualify as “presumptively prejudicial” (the length of delay, reason for the delay, assertion of the right, and prejudice to the accused). How long is long enough to be considered “presumptively prejudicial?” Cantu v. State, 253 S.W. 3d 273, tells us that it’s more than four months but definitely 17 months. Everything else is up for interpretation.

So, much like life itself, we are challenged to sift through a morass of meaninglessness and come up with meaning for ourselves. I would contend that it is good practice in appropriate cases to: (1) Demand in writing a speedy trial at the beginning of a case; (2) refuse to agree to resets – make the state request it, write on the reset that you’re signing as to service only, not agreeing, etc; (3) flesh out your prejudice (yeah, it’s prejudicial if a material witness dies, but you can’t show what they would have testified to if you never interviewed them); and (4) move to dismiss for speedy trial violations. 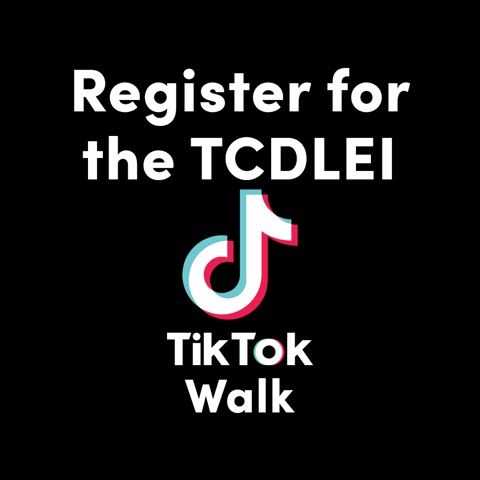 join us today at 4 pm for a zoom toast to Scrappy https://t.co/d0CuvSy8hc
View on Twitter
0
0
Go toTop