Scholars have discussed and debated for centuries what factors tend to incite criminal behavior. Over time, many scholars developed theories implicating supernatural influence, genetics, and/or environment as the dominant factors that produced criminality.1 For example, an early theory known as the demonological approach or demonological theory of crime “derives its basis from religious authority and viewed crime as a sin and the criminal as a sinner . . . [seeing] crime and criminality as the product of supernatural or ‘otherworldly’ forces . . . [such as] temptation and demonic possession.”2 Far from accepting external forces as the sole motivating factors, scholars also looked internally for the answer, touting physiology, both mental and physical, as creating an innate predisposition to crime.3

What Are Criminogenic Risk Factors?

Now, we recognize both internal and external factors as contributors to criminal behavior and recidivism. These factors, known as risk factors, are split into two categories: dynamic and static. Aptly named, static factors, like criminal history, family criminality, age at first admission to a correctional facility, number of prior incarcerations, and the commitment offense are “related to recidivism but cannot be altered through the delivery of services.”4 Dynamic risk factors, on the other hand, are changeable factors that may be in flux throughout one’s lifetime—such as the company he or she keeps, his or her attitudes and core values, substance use, and employment status.5

Similarly, in the criminal context, criminogenic risk factors are those that can and should be targeted through the delivery of services. Various scholars and other sources have compiled extensive lists of criminogenic risk factors, many of which overlap. For example, the Texas Administrative Code lists “antisocial peers; antisocial beliefs, values, and attitudes; substance abuse, dependency, or addiction; anger or hostility; poor self-management skills; inadequate social skills; poor attitude toward work or school; and poor family dynamics.”12 Of the overlapping factors, those repeatedly asserted to be the most closely related to recidivism are an antisocial personality pattern (marked by im­pul­siveness, aggression, stimulation seeking); procriminal attitudes/antisocial cognition (such as negative attitudes towards the law, values, thinking styles, and general attitudes supportive of crime); and social supports for crime (criminal friends, isolation from prosocial others).13 Other criminogenic risk factors also related to recidivism include substance abuse, employment instability and/or dissatisfaction, family problems, and a lack of involvement in prosocial leisure activities.14

Why Are Criminogenic Needs Important?

Criminogenic needs play a huge role in a concept known as the Risk-Needs-Responsivity (RNR) model, which provides a means to assess and treat offenders in order to reduce recidivism.15 The RNR model is made of three core principles: the risk principle, the needs principle, and the responsivity principle.

The needs principle contends that the effective use of intervention services centers on targeting an offender’s criminogenic needs.19 This principle acknowledges that although some static risk factors, such as criminal history, play a role in the likelihood of recidivism, they cannot be altered; therefore, those involved in sentencing decisions should target an offender’s criminogenic needs because they can potentially be altered through the delivery of services.20

The responsivity principle holds that the key to reducing recidivism is “targeting the offender’s criminogenic needs . . . with the social learning and cognitive-behavioral programs most likely to effect change in the offender’s behavior given specific offender characteristics.”21 In other words, offenders must receive services that target their criminogenic needs using strategies that have not only been shown to be the most effective regardless of the type of offender, such as prosocial modeling (learning by example), but also take into account the “strengths, learning style, personality, motivation, and bio-social (e.g., gender, race) characteristics of the individual.”22

When implemented properly, the risk-needs-assessment model can significantly reduce recidivism, and in order to implement this model, the first step is to assess an offender’s criminogenic needs.23

How Are Criminogenic Needs Assessed?

The assessment of criminogenic risks occurs via the use of risk and needs assessment (RNA) instruments.24 An RNA instrument “is essentially a uniform report card that measures offenders’ criminal risk factors and specific needs that, if addressed, will reduce the likelihood of future criminal activity.”25 These instruments generally take the form of questionnaires that “guide face-to-face interviews with offenders, probing behaviors and attitudes that research shows are related to criminal reoffending.”26 Furthermore, these instruments tend to include questions regarding both static and dynamic risk factors. For example, the TDCJ-CJAD Risk/Needs Assessment tool, used to assess offender’s general risk of recidivism, asks the evaluator to assess the offender’s attitude on a scale of 0, 3, or 5—0 being motivated to change/receptive to assistance and 5 being rationalizes behavior, negative, not motivated to change.27

RNA instruments calculate “an overall score that classifies an individual’s risk of reoffending [and subsequently] inform decisions about the best course of action.”28 They can be and are being used at various points by various actors throughout the sentencing and corrections process.29 For example, courts can use these instruments to make pretrial bail and release decisions as well as sentencing and revocation decisions such as setting conditions of supervision.30 Similarly, probation and parole agen­cies use RNA instruments to “decide levels of supervision, determine the need for specialized treatment programs, develop an offender’s supervision plan[,] and inform decisions about sanctions and revocations.”31 Additionally, these instruments can serve various functions within prison and jail systems as well as parole boards.32

There are over 60 different recidivism-related risk assessment instruments that are currently in use in the U.S., some of which have specific focuses such as the risk of sex offender recidivism, violating parole, or of juvenile recidivism.33 Of these RNA instruments, 12 of them are widely used and fairly well known. For example, Travis County Adult Probation and Travis County Pretrial Services both use versions of the Ohio Risk Assessment System (ORAS), which is one of the 12 most widely used RNA instruments. Additionally, some states choose to create their own RNA instruments, some of which are loosely based on existing instruments. For example, the previously mentioned TDCJ-CJAD Risk/Needs Assessment tool, used by certain Texas agencies to assess recidivism risk, includes questions centering on factors widely accepted to be linked with recidivism.

During the last two decades, research has indicated that the use of RNA instruments “can have a profound effect on reducing offender recidivism.”34 In fact, studies show conditions “of probation not properly targeted at the offender’s most critical dynamic risk factors are counter-productive . . . [and] require both the offender and probation officer to engage in activities that are unlikely to reduce risk and distract both from focusing on the critical risk factors that do affect the likelihood of recidivism.”35

So What Does This Have to Do With You and Your Client?

RNA instruments are currently being used in various states at various levels of the criminal justice process. The kind of RNA instrument used, the context in which it is being used, and your client’s score on the assessment can have a variety of implications.

First, each RNA instrument has its flaws. For example, many of the assessment tools “were originally developed for men and then applied to women with little regard for their validity or appropriateness,” ultimately leading to over-classification of women offenders and sometimes a higher monitoring level for women than their behavior warrants.36 Moreover, because many of the instruments were developed using small, homogenous sample sets, when applied to populations different form the original sample, the RNA instrument can lack validity.37 For example, “assessing risk on a population that is largely Native American and rural with a tool that was developed on a population of urban African Americans will not produce optimal results.”38 So, doing a little research about the particular RNA instrument being used to assess your client can go a long way. By enabling yourself to point out the flaws in the instrument as they apply to your client could discourage decision makers from leaning too heavily on the instrument should its use be detrimental to your client.

Additionally, as previously mentioned, devoting too many intervention resources to low-risk offenders can potentially increase the likelihood of recidivism.39 Should your client’s assessment results categorize him or her as a low-risk offender, knowing this piece of information could help to garner a more lenient sentence with fewer strings attached. Conversely, should an assessment indicate your client may be a high-risk offender, encouraging individually tailored intervention practices at sentencing could have a profound effect on your client’s future.

Finally, simply being aware of the existence of RNA instruments puts you and your client at an advantage. Inquiring about the use of RNA instruments throughout the judicial process allows you to create a more holistic pictures of the factors considered in the assessment of your client’s culpability (or lack thereof) and potential sentencing decisions.

The use of RNA instruments varies between jurisdictions, and it is likely that their use will continue to increase in the upcoming years as judicial decision makers continue to embrace the need for individualized sentencing. Educating yourself about these assessments can help you more zealously advocate for your client—whether it be in defense of their charge or in encouraging appropriate sentencing.

Jessica Johnson is a Virginia native who received her undergraduate degree from the College of William and Mary in Williamsburg, Virginia. She made her way to Texas through her enrollment in the University of Texas School of Law. She expects to graduate in May 2015 and will tackle the Texas Bar in July 2015. She hopes to remain in Texas and provide legal services to underserved populations, specifically in the realm of civil rights, family law, or criminal law. In her spare time, she plays roller derby with the Texas Rollergirls. She is a formal legal intern at Travis County Mental Health Public Defenders Office.
Share this

Jessica Johnson is a Virginia native who received her undergraduate degree from the College of William and Mary in Williamsburg, Virginia. She made her way to Texas through her enrollment in the University of Texas School of Law. She expects to graduate in May 2015 and will tackle the Texas Bar in July 2015. She hopes to remain in Texas and provide legal services to underserved populations, specifically in the realm of civil rights, family law, or criminal law. In her spare time, she plays roller derby with the Texas Rollergirls. She is a formal legal intern at Travis County Mental Health Public Defenders Office. 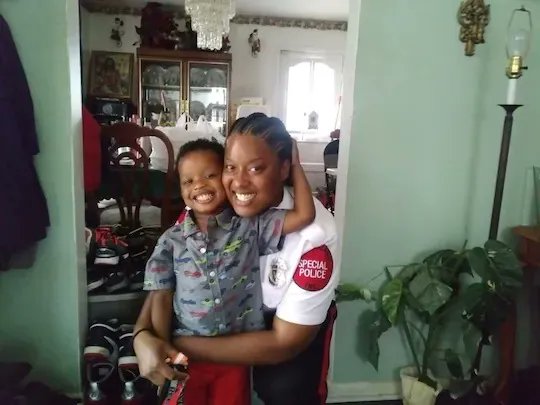 The Defense Strikes Back