There is almost always a way for an imaginative United States probation officer, when preparing a Pre-Sentence Report (PSR), to suggest an enhancement to the advisory Guideline range. If you doubt this rather broad statement, you should read United States v. Kramer, ___F.3d ___, 2011 WL 383710 (8th Cir. 2011) [Panel: Circuit Judges Wollman, Bye, and Shepherd. Opinion by Judge Wollman].

Neil Kramer pled guilty to a violation of 18 U.S.C. § 2423(a)—transporting a minor in interstate commerce with the intent to engage in criminal sexual activity with her. At his plea hearing, he acknowledged that he that he had used a telephone—a Motorola Motorazr V3—to call the victim and to send text messages to her for some six months before the commission of the offense.

The PSR recommended a two-level enhancement under U.S.S.G. § 2(g)1.3(b)(3) for using a computer to facilitate the commission of the offense. Kramer’s lawyer objected to the proposed enhancement; however, United States District Judge Richard E. Dorr of the Western District of Missouri overruled the objection and sentenced Kramer to 168 months imprisonment. Judge Dorr acknowledged that he would have sentenced Kramer to 140 months imprisonment but for the enhancement.

Kramer argues (1) that application of the enhancement was procedural error because a cellular telephone, when used only to make voice calls and send text messages, cannot be a “computer” as defined in 18 U.S.C. § 1030(e)(1), and (2) that even if a phone could be a computer, the government’s evidence was insufficient to show that his phone met that definition.

U.S. Sentencing Guidelines Manual § 2G1.3(b)(3) provides a two-level enhancement for “the use of a computer . . . to . . . persuade, induce, entice, coerce, or facilitate the travel of, the minor to engage in prohibited sexual conduct. . . .” “‘Computer’ has the meaning given that term in 18 U.S.C. § 1030(e)(1),” U.S. Sentencing Guidelines Manual § 2G1.3(b)(3) cmt. n.1 (2009), that is, it “means an electronic, magnetic, optical, electrochemical, or other high speed data processing device performing logical, arithmetic, or storage functions, and includes any data storage facility or communications facility directly related to or operating in conjunction with such device,” 18 U.S.C. § 1030(e)(1). It does not, however, “include an automated typewriter or typesetter, a portable hand held calculator, or other similar device.” 18 U.S.C. § 1030(e)(1).

[Does the Term “Computer” Include a “Basic Cell Phone” Being Used Only to Call and Text Message the Victim? Yes!]

Kramer first argues that the district court incorrectly interpreted the term “computer” to include a “basic cell phone” being used only to call and text message the victim. In his view, the enhancement should apply only when a device is used to access the Internet. We disagree.

The language of 18 U.S.C. § 1030(e)(1) is exceedingly broad. If a device is “an electronic . . . or other high speed data processing device performing logical, arithmetic, or storage functions,” it is a computer. This definition captures any device that makes use of a electronic data processor, examples of which are legion. Accord Orin S. Kerr, Vagueness Challenges to the Computer Fraud and Abuse Act, 94 Minn. L.Rev. 1561, 1577 (2010) (“Just think of the common household items that include microchips and electronic storage devices, and thus will satisfy the statutory definition of ‘computer.’ That category can include coffeemakers, microwave ovens, watches, telephones, children’s toys, MP3 players, refrigerators, heating and air-conditioning units, radios, alarm clocks, televisions, and DVD players, in addition to more traditional computers like laptops or desktop computers.” (footnote omitted)). [Emphasis added.]

Additionally, each time an electronic processor performs any task—from powering on, to receiving keypad input, to displaying information—it performs logical, arithmetic, or storage functions. These functions are the essence of its operation. See The New Oxford American Dictionary 277 (2d ed. 2005) (defining “central processing unit” as “the part of a computer in which operations are controlled and executed”).

Furthermore, there is nothing in the statutory definition that purports to exclude devices because they lack a connection to the Internet. To be sure, the term computer “does not include an automated typewriter or typesetter, a portable hand held calculator, or other similar device.” 18 U.S.C. §1030(e)(1). But this hardly excludes all non-Internet-enabled devices from the definition of “computer”—indeed, this phrasing would be an odd way to do it. Whatever makes an automated typewriter “similar” to a hand held calculator—the statute provides no further illumination—we find few similarities between those items and a modern cellular phone containing an electronic processor. Therefore we conclude that cellular phones are not excluded by this language.

Of course, the enhancement does not apply to every offender who happens to use a computer-controlled microwave or coffeemaker. Application note 4 to §2G1.3(b)(3) limits application of the enhancement to those offenders who use a computer “to communicate directly with a minor or with a person who exercises custody, care, or supervisory control of the minor.” U.S. Sentencing Guide­lines Manual §2G1.3(b)(3) cmt. n.4 (2009). Therefore, the note continues, the enhancement “would not apply to the use of a computer or an interactive computer service to obtain airline tickets for the minor from an airline’s In­ter­net site.” Id. This is a meaningful limitation on the applicability of the enhancement, but it is no help to Kramer.

We acknowledge that a “basic” cellular phone might not easily fit within the colloquial definition of “computer.” We are bound, however, not by the common understanding of that word, but by the specific—if broad—definition set forth in § 1030(e)(1). Now it may be that neither the Sentencing Commission nor Congress anticipated that a cel­lular phone would be included in that definition. As tech­nology continues to develop, § 1030(e)(1) may come to cap­ture still additional devices that few industry experts, much less the Commission or Congress, could foresee. But to the extent that such a sweeping definition was unintended or is now inappropriate, it is a matter for the Commission or Congress to correct. We cannot provide relief from plain statutory text. See United States v. Mitra, 405 F.3d 492, 495 (7th Cir. 2005) (“As more devices come to have built-in intelligence, the effective scope of [§ 1030(e)(1) ] grows. This might prompt Congress to amend the statute but does not authorize the judiciary to give the existing version less coverage than its language portends.”). [Emphasis added.]

[Was the Evidence Sufficient to Prove that Kramer’s Cell Phone Was a Computer? Yes!]

Kramer’s second contention—that the government’s evidence was insufficient to demonstrate that his cellular phone was a computer—also fails. “The government must prove the facts needed to support a sentencing enhancement by a preponderance of the evidence, and we review the district court’s fact findings for clear error.” United States v. Kain, 589 F.3d 945, 952 (8th Cir. 2009).

The government introduced the phone’s user’s manual and a printout from Motorola’s website describing the phone’s features. See JA 1-120. The government did not, however, offer any expert testimony regarding the phone’s capabilities. Although doing so might have aided our review, the materials presented to the district court were sufficient to show by a preponderance of the evidence that Kramer’s phone was an “electronic . . . or other high speed data processing device” that “perform[ed] logical, arithmetic, or storage functions” when Kramer used it to call and text message the victim.

The printout reveals that the phone is powered by a “680 mAh Li-ion” battery, JA 118, has “5MB” of memory, JA 119, is capable of running software, id., makes use of a “Graphic Accelerator” to run its color display screens, id., has a “User-customizable” main menu, id., and comes with “Preloaded” text messages, JA 118. Also, the user’s manual contains a “Software Copyright Notice” which warns that the phone “may include copyrighted Motorola and third-party software stored in semiconductor memories or other media.” JA 105. Together, these are sufficient to show that the phone makes use of an electronic data processor.

Furthermore, that processor performs arithmetic, logical, and storage functions when the phone is used to place a call. The user’s manual notes that the phone “keeps lists of incoming and outgoing calls, even for calls that did not connect,” JA 61, and “displays the phone number for incoming calls in [the] phone’s external and internal displays.” JA 66. Additionally, the phone keeps track of the “Network connection time,” which is “the elapsed time from the moment [the user] connect[s] to [the] service provider’s network to the moment [the user] end[s] the call by pressing [the end key].” JA 84. This counting function alone is sufficient to support a finding that the phone is performing logical and arithmetic operations when used to place calls.

The same is true when the phone is used to send text messages. Most fundamentally, the phone stores sets of characters that are available to a user when typing a message. See JA 42, 44. As the user types, the phone keeps track of the user’s past inputs and displays the “entered text,” see JA 44, i.e., the message being composed. The user may also delete characters previously entered, either “one letter at a time” or all at once. Id. In addition, the phone allows the users to “set different primary and secondary text entry modes, and easily switch between modes as needed when [they] enter data or compose a message,” including “iTAP” mode which uses “software” to “predict[ ] each word” as it is entered. JA 35. These ca­pa­bil­ities all support the district court’s finding that the phone performed arithmetic, logical, and storage functions when Kramer used it to send text messages to the victim.

Steve Wozniak, co-founder of Apple Computer, recently mused: “Everything has a computer in it nowadays.” But is an ordinary cellular phone—used only to place calls and send text messages—a computer? The district court, relying on the definition of “computer” found in 18 U.S.C. § 1030(e)(1), concluded that Neil Kramer’s was, and imposed an enhanced prison sentence for its use in committing an offense. We affirm.

Buck Files is a member of TCDLA’s Hall of Fame and a former President of the State Bar of Texas. In May, 2016, TCDLA’s Board of Directors named Buck as the author transcendent of the Texas Criminal Defense Lawyers Association. This is his 250th – and last – column; however, he will continue to write for The Voice on an irregular basis. He practices in Tyler with the law firm of Bain, Files and Harrison, P.C., and can be reached at or (903) 595-3573.
Share this 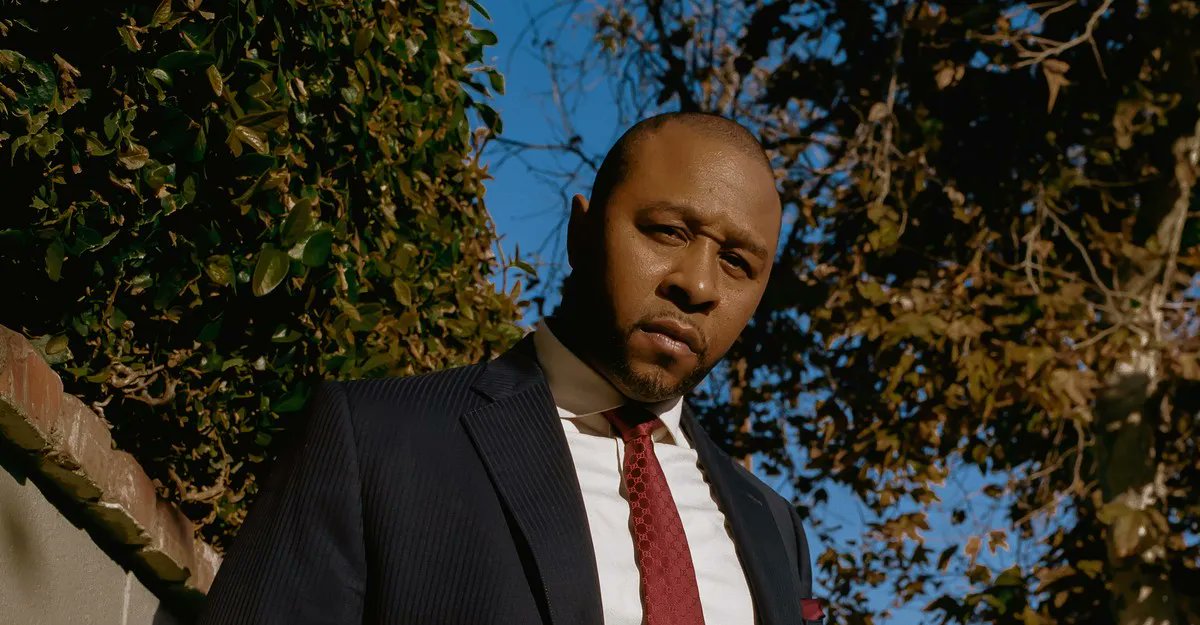 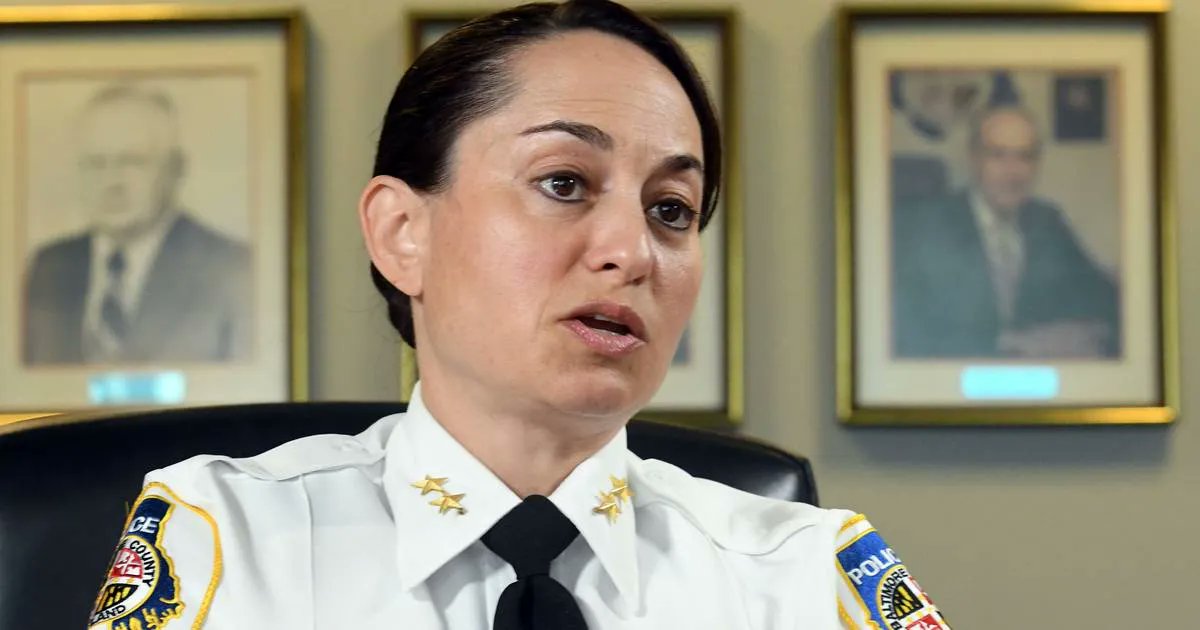 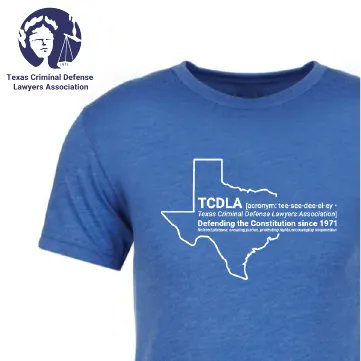 Editor’s Comment: And Then There Were Three: A Non-Law-Related Story – By Greg Westfall