Congratulations to Robert Pelton of Houston for receiving the State Bar of Texas Presidents’ Award. The Presidents’ Award is presented at the State Bar of Texas Annual Meeting each year and honors exceptional service to the public and legal profession. Robert has been a previous recipient of the Richard Racehorse Haynes lifetime achievement award from HCCLA and the Jim Bomer award from the College of State Bar. He is also the creator and founder of the TCDLA Ethics Committee and hotline. Hats off to you, Robert!

We are happy to report a win for both the TCDLA Strike Force Committee and Paul Goeke. Judge Cohoon of the 451st District Court of Kendall County issued an order and contempt notice, which was ultimately withdrawn. Kudos to Don Flanary, Reagan Wynn, and Paul Goeke! TCDLA Strike Force assistance is available to any member of  TCDLA who is being persecuted for standing up for their clients.

After a 90-minute jury deliberation in Andrews County, Bret Mansur achieved a verdict of not guilty on a charge of continuous sexual assault of a child <14. Kudos, Bret!

Congratulations to TW Davidson, who achieved victory in multiple Cherokee county cases. Representing a man pre-indictment and then on an application for writ of habeas corpus. He kept the defendant from indictment in Part One of his grand jury proceedings. To avoid the examining trial fight, Davidson proposed a reasonable bond amount, which he wrote. His client was granted a long-awaited appeal after months of hard work. He then represented two young men charged with criminal trespassing on a Constables property in 2018. The Constable opened fire on the men unjustly, and contradicted himself while on the stand during cross-examination. After three long days…the jury delivered a verdict of not guilty. Amazing work, Thad!

Great work to Mitch Adams, whose DWI trial was dismissed mid-trial in Smith County. The prosecutor failed to provide a copy of the blood test prior to trial, so Adams objected the State’s lab chemist expert witness testimony. Congrats, Mitch!

Kudos to Sravanesh Muralindhar, who defended a client in a first-degree murder trial in Cherokee County. He argued, instead, for an aggravated assault with a deadly weapon charge, which he received. Way to go, Sravanesh!

Congratulations are in order for Adam Muery and team! It took them three long years to achieve an acquittal for their client on an aggravated assault charge. Justice has finally prevailed after persistent effort. Great work!

Randy Wilson’s Possession of Child Pornography case was dismissed after he presented criteria, stating what does and does not qualify as “child pornography”. Kudos, Randy! 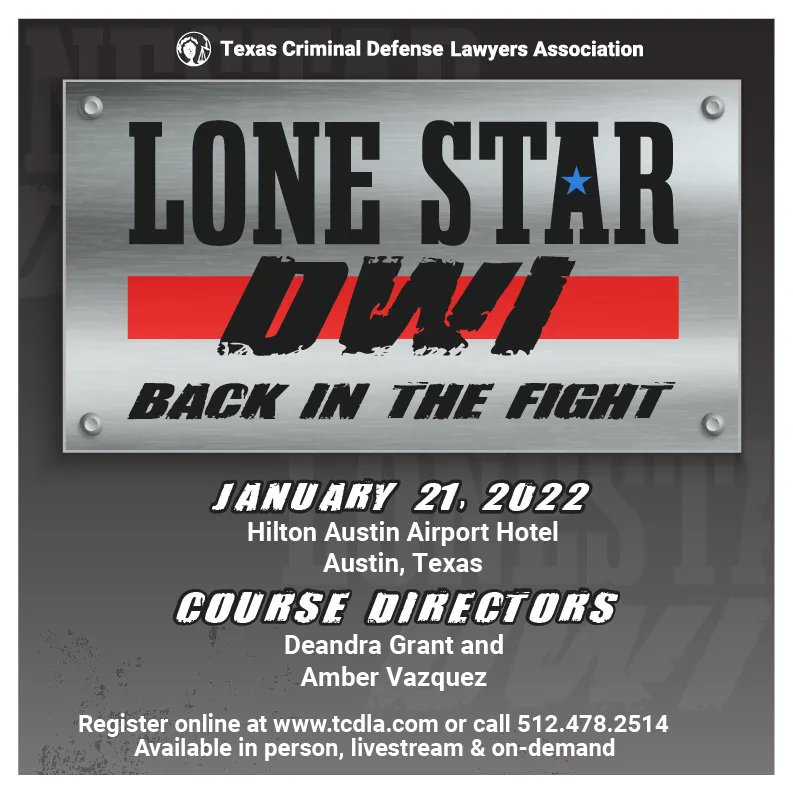 Federal Corner: “and” means “and” Safety Valve is Open Facts of the Case